Command Center 13 is coming soon! Arriving at the same time are seventeen defensive upgrades and a new missile countermeasures turret. Rock-solid base defense is key to winning the war and these fortifications help ensure your victory.

All defenses for the entire season are released at once, giving you the choice of what to upgrade first for your strategy—the War Factory 15 is a recommended starting point because it is required to build upcoming Tier 12 Heavy Vehicles.

Chromium is a new resource required for certain key defenses and may be acquired through two sources. The first source is the building Story Mode event track that begins Wednesday, July 6th, which provides all Chromium required for all upgrades in this release. Second, early adopters may upgrade immediately by purchasing Chromium through limited-time offers or item bundles. A maximum of 2,100 Chromium may be held at once.

A level 90 base is required for the Command Center 13 upgrade and all subsequent upgrades in this release. Currently, level 85 is the maximum level. Due to the concentration of power at level 85, level 85 will be spread across five new levels, from 85 to 90. Fully upgraded bases can expect to be level 90 after the 6.6 update.

If you’re currently at level 85, check the current base XP in your user profile then check the chart below. In this example, the base will be level 89 because it has 202,917,527 XP.

GET TO THE TOP!

If you’re currently working up to level 85, a few methods are currently activated that let you make progress quickly. Each time you gain a level, rewards are granted which may contain gold, metal, thorium, and/or equipment tech.

Read below to see the stats and requirements for all 6.6 defenses.

Unlock the Helicopter Story Mode, 17 defensive upgrades, and the ability to build an additional Defense Platform, Barrier, and Transformer by upgrading to the Command Center 13.

Unlock the ability to upgrade the Barracks Defender Platoon, build upcoming Infantry, and bolster your Barracks defenses by upgrading the Barracks to level 13.

Get Infantry onto the battlefield quickly with lower deployment time achieved by the Barracks Defender Platoon 13.

Equip the latest turrets onto the Defense Platform 17, which features a sizeable health boost compared to the previous level.

Give Turrets an essential speed boost by upgrading to the Transformer 13.

More than double your Machine Gun damage output by upgrading to the level 15 Machine Gun.

Take out Helicopters and Fixed-Wing Aircraft with almost twice the amount of DPS as the Flak Turret 11.

Use the latest point defense provided by the Watchman Turret 3 to blast Mortar Projectiles out of the skies using more Countermeasure Damage and Countermeasure Health than its predecessor.

Nullify enemy firepower using the brand new Sentry Turret, which provides the ability to defend against Missiles for the first time in Base Defense from a standalone Turret.

Mount new Heavy Turrets such as the Heavy Flak Turret 8 by upgrading your Heavy Platforms to level 12, which features additional health to survive in combat for longer.

Pound enemies out of the skies with more damage than ever before by upgrading to the Heavy Flak Turret 8, which features more than two times the DPS its the previous level.

Give Heavy Turrets an essential speed boost by upgrading to the Heavy Transformer 8.

Protection at a low cost! The Barrier 17 gets a huge health update at a fraction of previous metal and thorium costs. 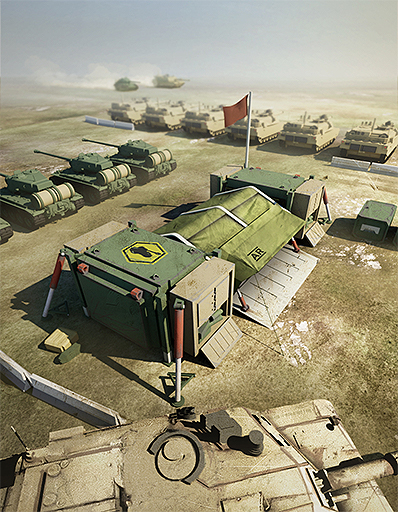 Unlock the ability to upgrade the Alpha Platoon to level 17 by upgrading the Alliance Embassy to level 3.

Gain additional capacity for all three types of platoons by upgrading each to level 17.

The Command Center 13 update provides more defensive power at once than ever before! Let us know your thoughts on our official discord server at https://wcra.io/discord!