Heralding the new season will be a dangerous duo of Light Vehicles– the Corvus LYCAON and the Aquila CROCUTA. These agile pack hunters are fully loaded with fearsome firepower, impressive mobility, and overwhelming numbers. Skilled use of the LYCAON and CROCUTA will have you deftly maneuvering around enemy defenses and whittling down their reinforcements in a hailstorm of Chromium-laced lead.

The Corvus LYCAON excels at outputting excellent first-strike damage against Heavy Vehicles and Aircraft. It is best used hunting down enemy vehicles, whether that be offensively, defensive, or as a FOB. Its primary HMG is a take-all-comers, workhorse weapon– whereas its secondary FENRIR Launcher and Sirius-Venator Railcannon are specialized in their damage output. The FENRIR is an AA missile launcher that packs a serious punch against Loiter Aircraft such as the Pallas, whereas the Sirius-Venator excels at microwaving densely-packed Heavy Vehicles in record times. You’ll definitely be wanting to keep a close eye on your Cataphract when these terrors are on the field.

While the LYCAON specializes in all-out anti-unit aggression, the CROCUTA takes a measured approach to offense by utilizing ranged hit-and-run tactics. It specializes in anti-building, anti-turret, and anti-barrier damage– and the small amount of splash damage given to its primary weapon helps chew through tightly packed base defenses. The CROCUTA’s secondary weapons are the Skyhunter VA-2 Rockets and the Kalahari v3 Launcher. The Skyhunter offers excellent damage against helicopters, shoring up any potential airborne weaknesses that the Snake Squad (Vyper, Python, Copperhead) would exploit against light vehicles. The Kalahari mortar launcher combines medium-long range bombardment with a mobile chassis, leading to highly favorable conditions if you place the CROCUTA just out of enemy reach and retreat once they begin to mobilize.

The Corvus LYCAON and Aquila CROCUTA are slated for release in 6.8. We hope to see you then! 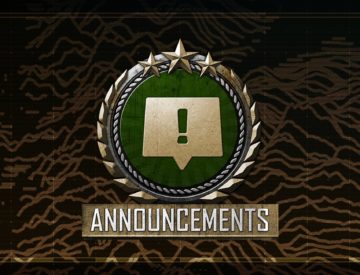 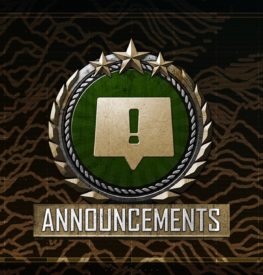