Fresh from the Firebird #16

The mornings are getting brighter, the flowers are blooming, the evenings are getting warmer – spring is in the air, and you know what that means – it’s Tank Season! Someone’s prayers to the tank spirits must have worked, because we’re getting two heavy vehicles in one month! The powerful pair of the Crusader main battle tank and Saravan Anti-Air platform will bring the new heavy vehicle season into full swing from the day they are released!

The first Tier 11 Heavy Vehicle is a beast! Based on the joint German-French Main Ground Combat System, the Crusader is a prototype Main Battle Tank with a surprising addition. It’s low sloping profile, composite anti-blast armor and massive main turret are what you would come to expect from a modern armored vehicle platform, but its capstone slot 5 secondary weapon is a little different.

There are two flavors of carnage. The first is a truly powerful anti-helicopter SAM perfect for taking out Python FOBs or helping defend your base against an aerial attack. With boosted CM health, these missiles will be sure to hit their target and leave a mark. The second option doubles down on siege damage, with a powerful piercing flame weapon added to the tank’s main turret output. This turns Crusaders into Hammerhead, however with the Crusader, you have the bonus of using multiple squads of them!

Either choice is backed up with a massive amount of health, huge explosive and ballistic armor and serious anti-vehicle mine resistance, making the Crusader the ultimate start to what is sure to be a bombastic Heavy Vehicle season.

If that wasn’t already enough, the Crusader has a final trump card to play: it is the first unit in the history of WCRA with stun resistance! The Crusader is unaffected by any stun weapons in Tier 11 or below, meaning its full power will be nearly unstoppable!

Having a steady-firing main anti-air autocannon with equipment options for next-gen anti-mortar and anti-rocket countermeasures, the Savaran brings all the advantages of last year’s Cleaver to the Tier 11 power level, along with the addition of a killer secret weapon. The Savaran’s slot 5 Tabar Smart Bombs stun enemy helicopters to give your forces an added advantage. The Slot 4 countermeasure suite provides much needed protection to your entire platoon, especially in the face of the new and improved Peacemaker turrets.

On the offensive, the Savaran is best deployed alongside the new Crusader Main Battle Tank and its massive anti-base capabilities, but on defense, the Savaran can hold down the fort with powerful anti-heli or fixed wing options to take out the newly Elited Titanus, powerful Python FOBs or pesky Pallas drones.

Earn both units through Story Mode, which begins Tuesday, June 7th! Early adopters may purchase the blueprints in the Army menu today. 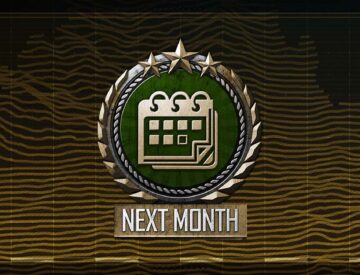 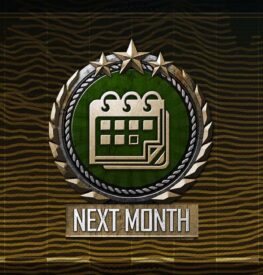